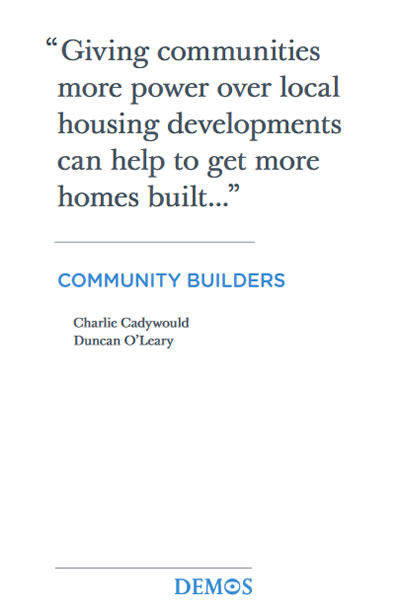 Using funding from the Nationwide Foundation, Demos (a cross-party think tank) undertook research to explore the theory that giving communities more power over local housing development can help to get more homes built. This work included investigating the barriers facing community-led housing models and how effectively these barriers are being overcome.

The findings of the research were launched in December 2015 in a report, entitled Community Builders. Headline findings, were that:

Demos has called on the government to support local authorities to do more to tackle the UK’s housing crisis, by encouraging community-led developments and pushing for greater transparency in decision-making.