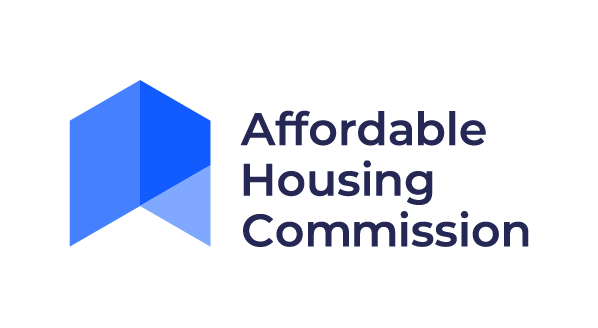 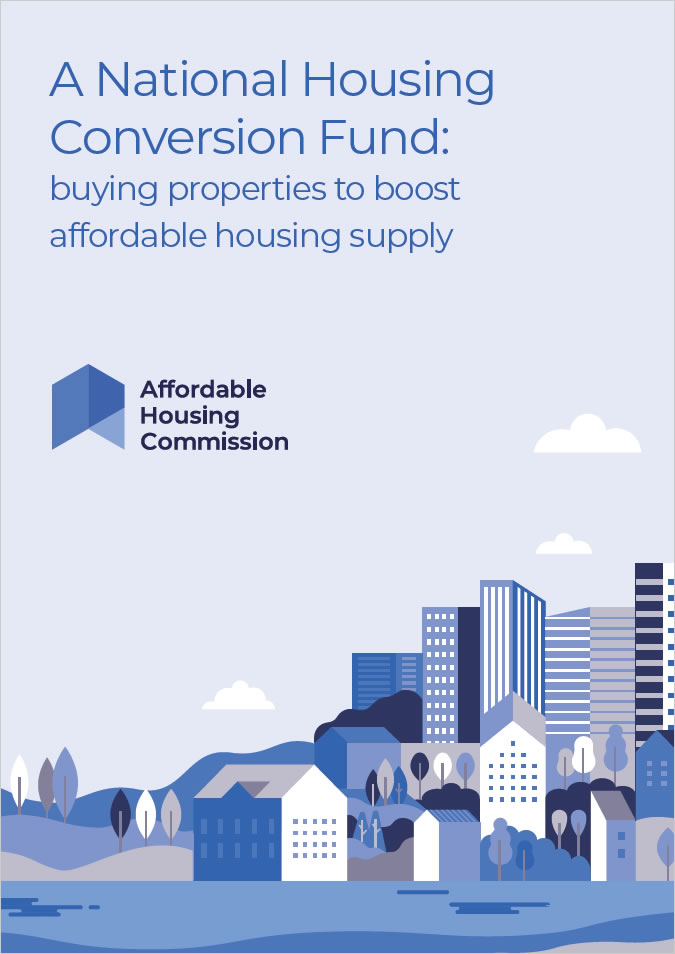 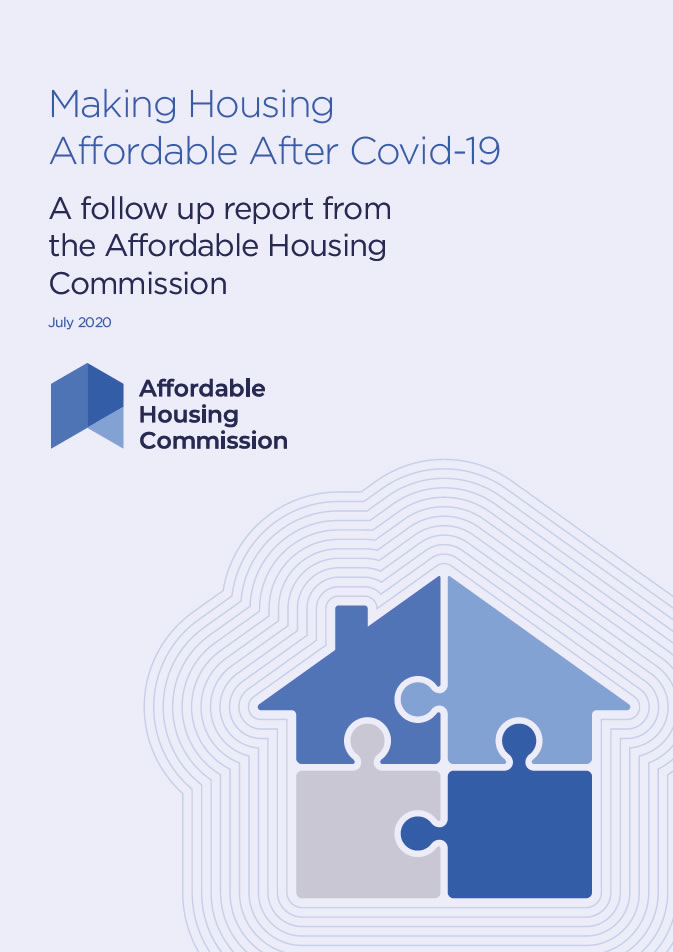 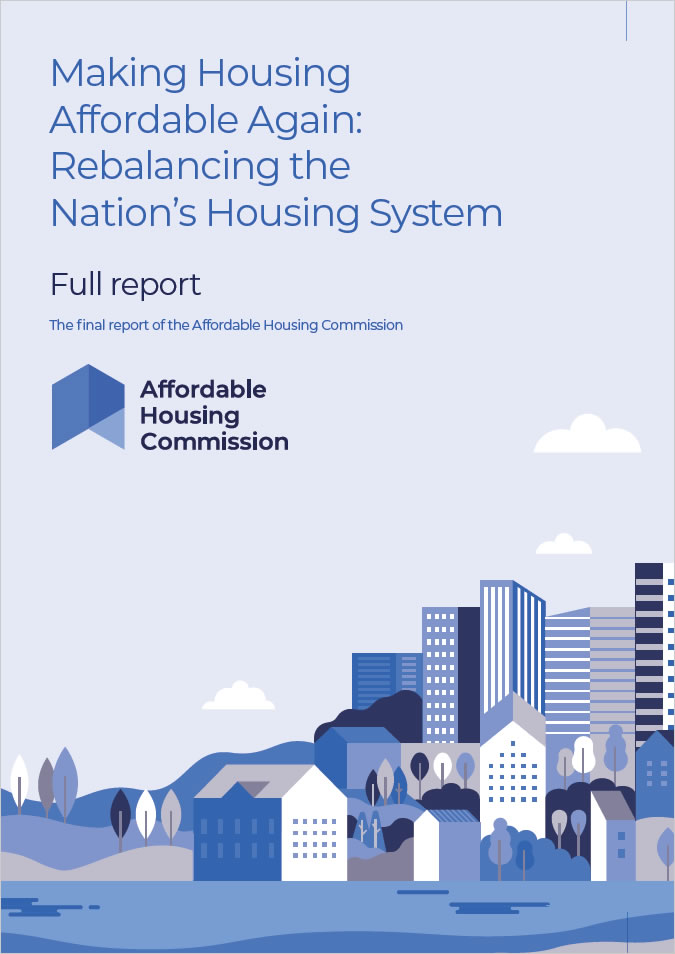 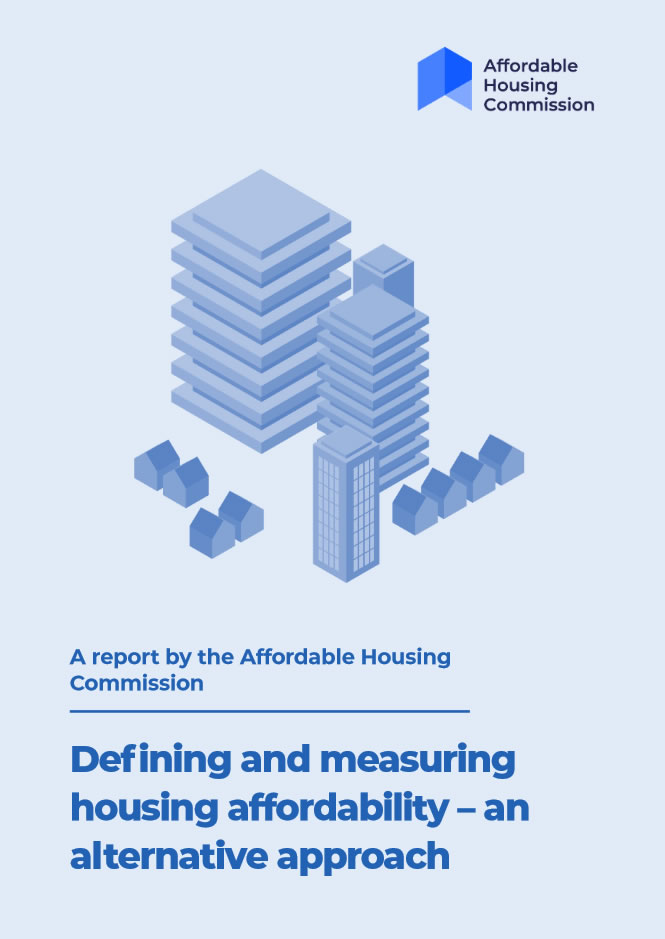 The Affordable Housing Commission brought together a group of 15 key players from across the housing world and is chaired by Lord Best. Its reports look at how the housing system works in England and they propose changes which would eradicate unaffordable housing by 2045.

The current model of affordable housing in England is unfit for purpose. We know that the housing people want, in the places they need to live, is becoming more and more unaffordable. Ordinary, in-work households are too often struggling with housing costs. The Affordable Housing Commission was formed to take an in-depth look at England’s housing system, diagnose the problems which have led to a severe lack of affordable housing and propose solutions to make things better for the people who need it most.

To improve understanding of the ideas that have potential to create change in the housing system.

The Affordable Housing Commission published several reports as a result of its work to understand England’s housing system and to propose meaningful and workable solutions.

Below is a chronological explanation of the commission’s growing body of work. Beyond the original remit of this project, which was the first two reports listed below, work has continued for the members of the commission.

In June 2019, the Affordable Housing Commission published its first report, Defining and measuring housing affordability – an alternative approach. This report proposed a new measure of affordability that looks at affordability alongside household incomes and what people can afford. This differs markedly from the current market model which focusses on market rents and house prices. The proposed approach would replace the Affordable Rent model, which the report claims fails to support the provision of truly affordable homes.

In March 2020, the commission launched its main report, Making Housing Affordable Again: Rebalancing the Nation’s Housing System. The commission concluded that a wholescale rebalancing of England’s housing system needed to take place. The report argued that a group of private renters existed who needed help to become homeowners, and a far larger group needed affordable rented accommodation from social landlords. The commission stated that nobody should be living in unaffordable housing by 2045, and that the government should use new affordability measures alongside targets to achieve this. This report also included a raft of recommendations, which, if taken on board by the government, have the power to transform the housing system entirely.

The recommendations of the report included:

In July 2020, as the scale of the Covid-19 pandemic became clearer, the Affordable Housing Commission published Making Housing Affordable After Covid-19. It looked specifically at ways that the government could transform the housing system while assisting in the economic recovery after Covid-19, with a list of 12 recommendations, including:

In September 2020, the Affordable Housing Commission published A National Housing Conversion Fund. This was a detailed proposal expanding on its idea for a fund to turn private homes into social housing. Importantly, the report also looked at how such a fund could tackle the expected down-turn in England’s housing market. The Affordable Housing Commission’s report was used in submissions to the government’s Comprehensive Spending Review in autumn 2020.

Back to funding 2016–present