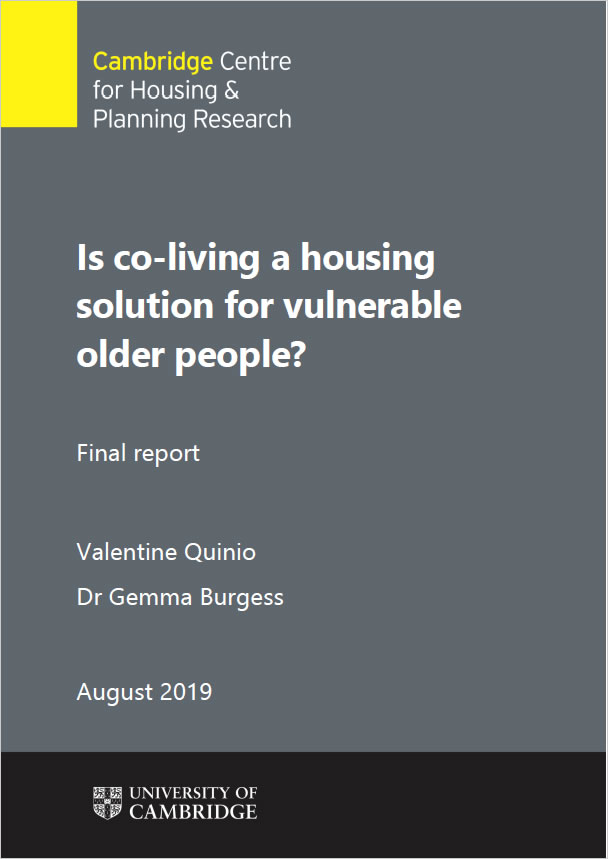 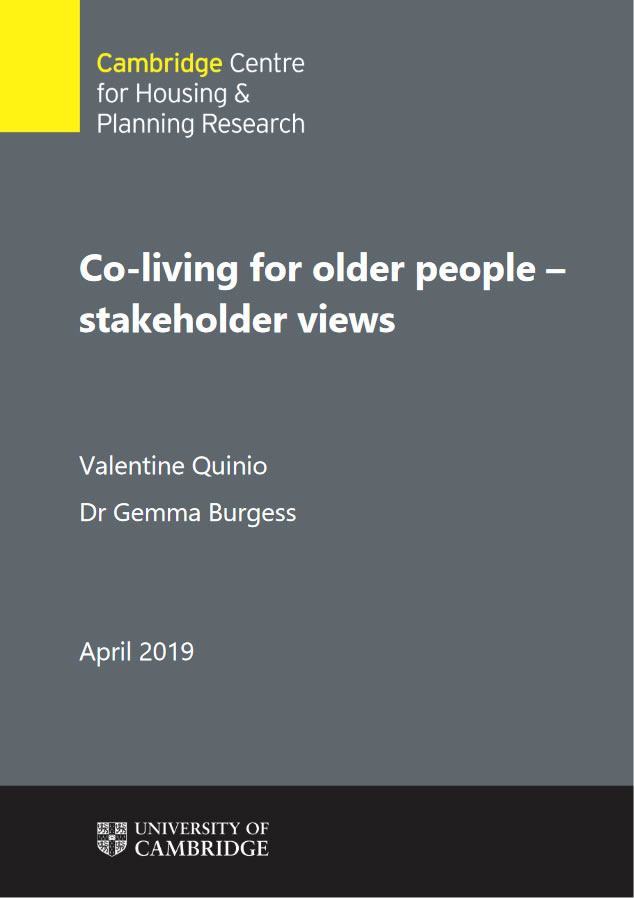 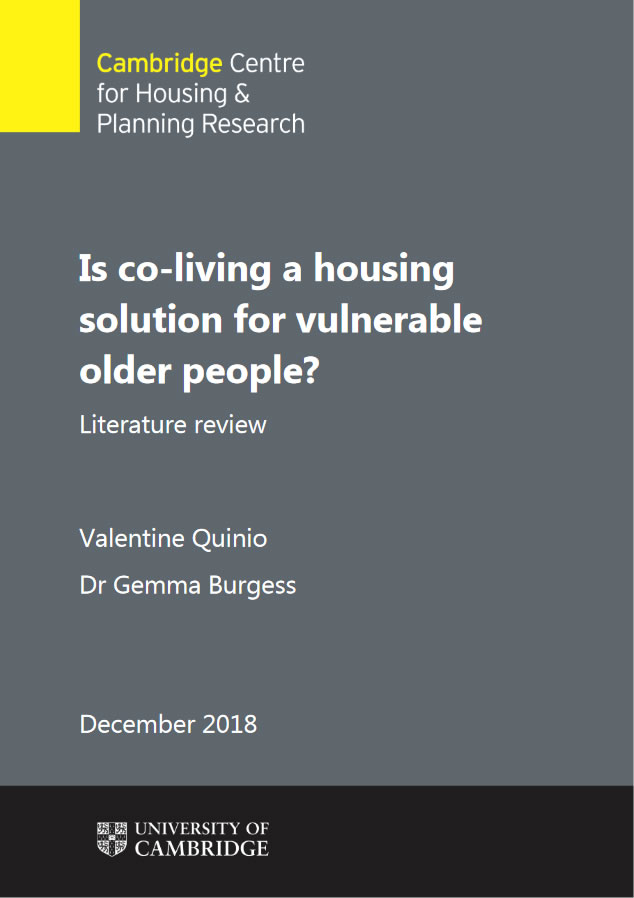 Understanding the risks and benefits of co-living housing models for older people.

The overall aim of this project was to determine to what extent co-living could be used to create more decent and affordable homes for vulnerable older people. Its intention was to ensure:

To improve understanding of the ideas that have potential to create change.

Following the development of new models of co-living for older people, the project’s aim was to provide solutions to some of the housing challenges faced by this group.

Cambridge Centre for Housing & Planning Research assessed co-living housing for older people, with regards to the benefits, risks and potential for models to be offered at scale.

Cambridge Centre for Housing & Planning Research also undertook interviews with experts and stakeholders into the different models of co-living.

The final report, published in October 2019, confirmed a range of benefits felt by vulnerable older people living in co-living situations. These included a reduction in loneliness and isolation as well as the potential to significantly improve physical and mental health.
The report also made seven policy recommendations, which included:

The final report was disseminated to:

Back to funding 2016–present